Diving into Veterinary Medicine at the Georgia Aquarium

When she was about 6 years old, Dr. Tonya Clauss aspired to be a veterinarian who cared for large animals like horses. Things did not turn out exactly the way she planned, however, because most of the animals under her care now don’t even have legs.

Dr. Clauss is the Chief Clinician for Veterinary Services at the Georgia Aquarium in Atlanta—the world’s largest aquarium with more than 8 million gallons of water and approximately 80,000 animals.

“It’s very different from working with dogs and cats and horses,” Dr. Clauss said of her job. “Most of my patients don’t really like me that much. A lot of them are not all that happy for me to touch them. You don’t get to cuddle them.” 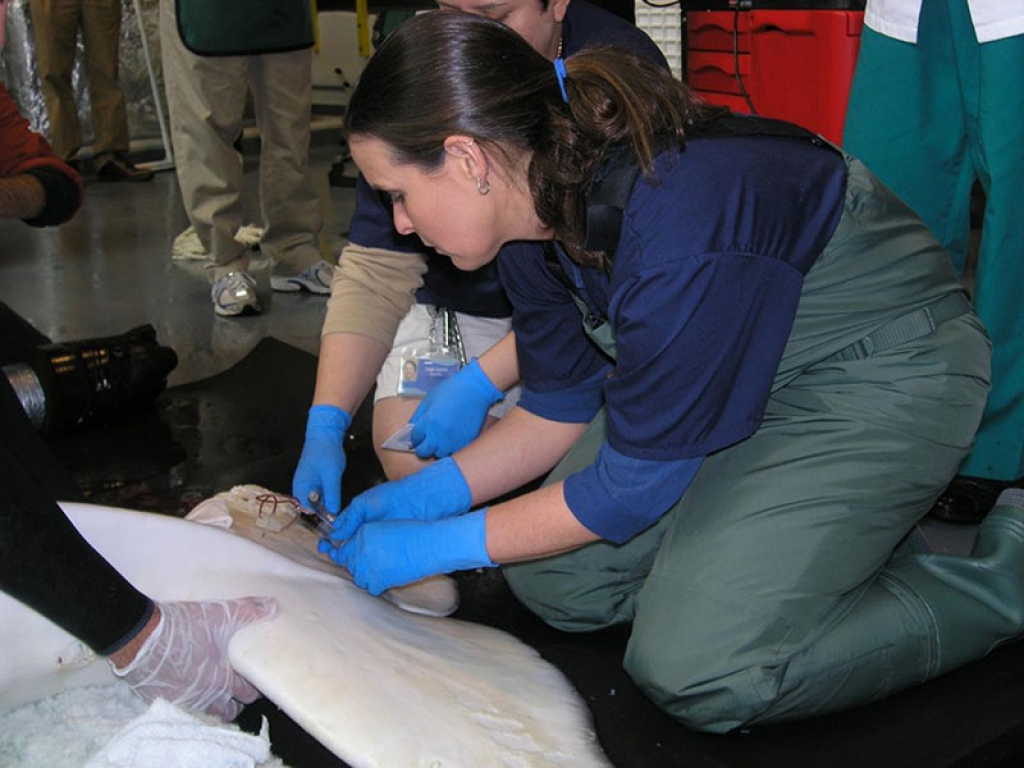 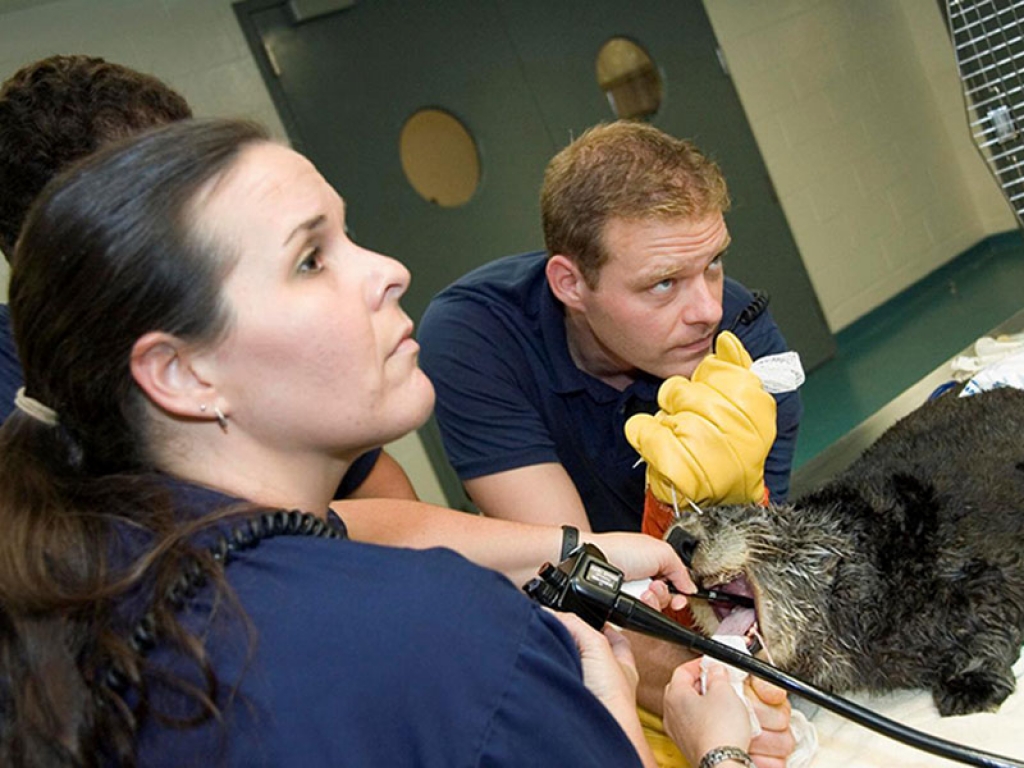 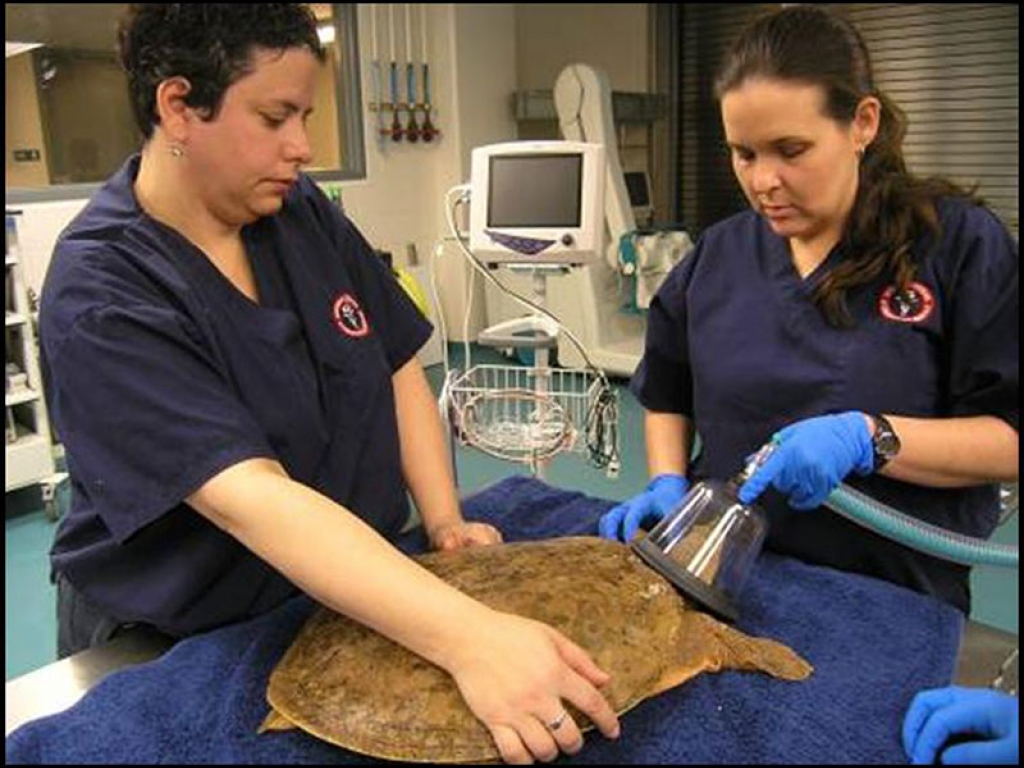 Yet being an aquatic animal veterinarian has different rewards—like solving mysteries and being the first to learn something new about a species. For example, Dr. Clauss and her team recently conducted biopsies on tissue from bonnethead sharks to help figure out why they have sores on their tails.

“I suspect that it is a viral problem,” Dr. Clauss explained. “But if these were dogs, someone would already know what it is.”

The whale shark—the largest fish in the world—is another species that researchers know very little about. Dr. Clauss and her team are making discoveries about it, too. “We are collecting blood samples and doing health assessments that other people aren’t doing,” Dr. Clauss said. “We are the only place that pulls them out of the water to do any of that.”

The Georgia Aquarium has special equipment that allows veterinary staff to lift its four whale sharks—which can grow up to 40 feet in length—to the water’s surface to conduct physical exams. The researchers hope their studies will lead to a better understanding of the nutritional needs, biology, feeding behavior, migration patterns, and population of these animals. 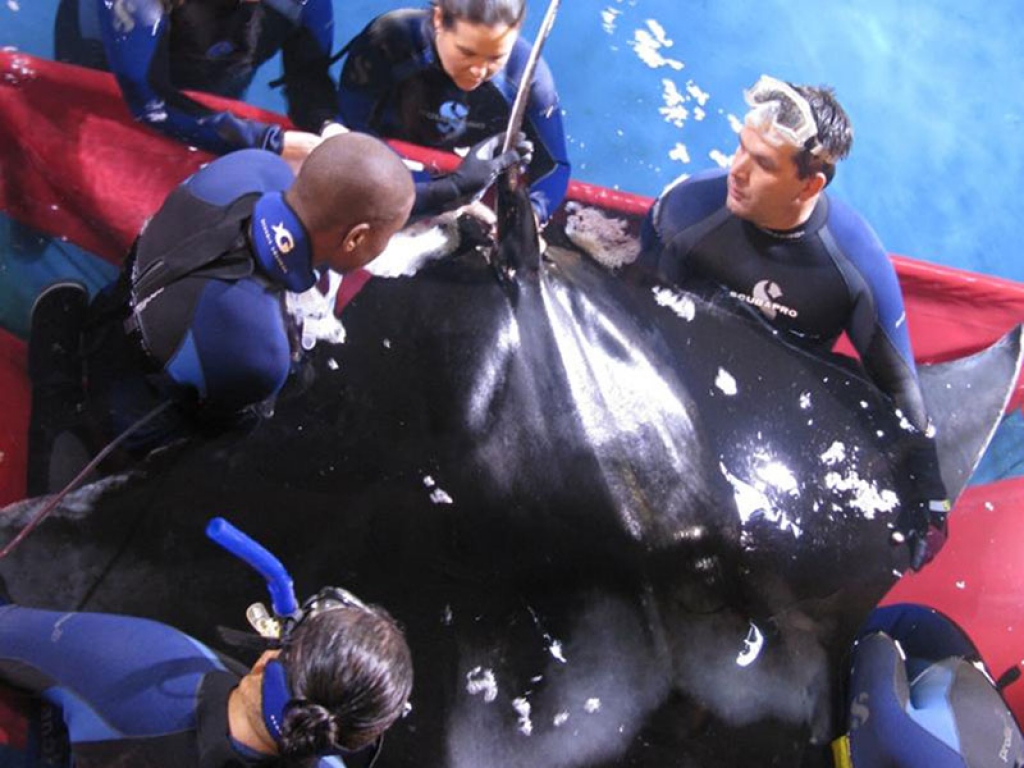 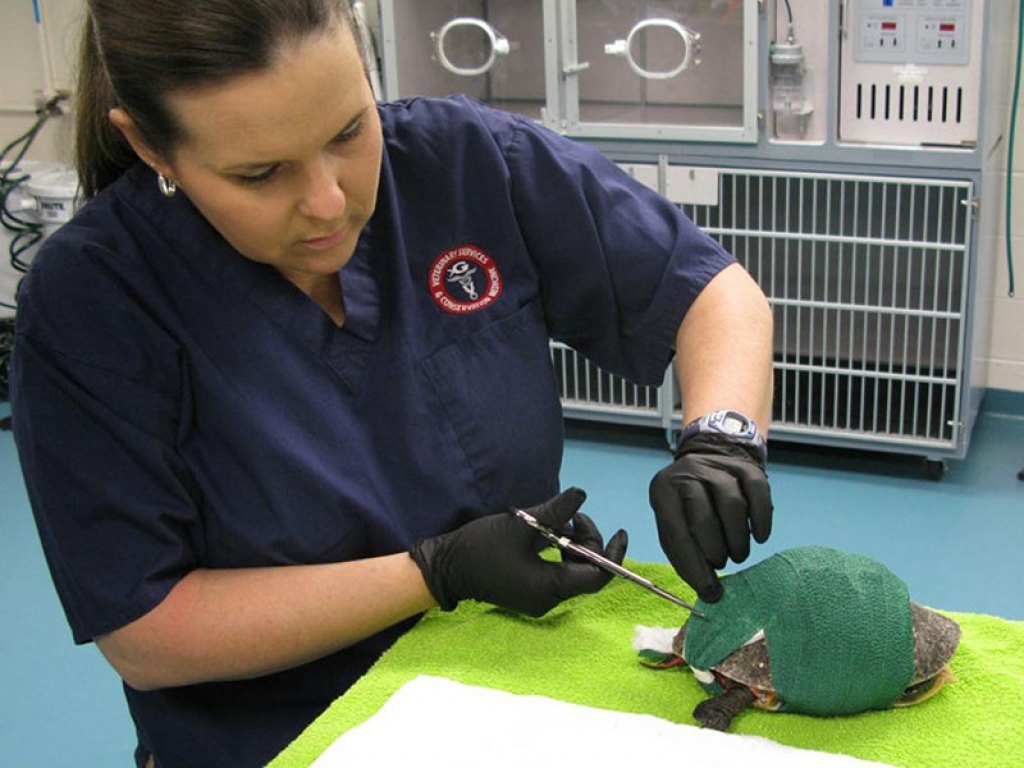 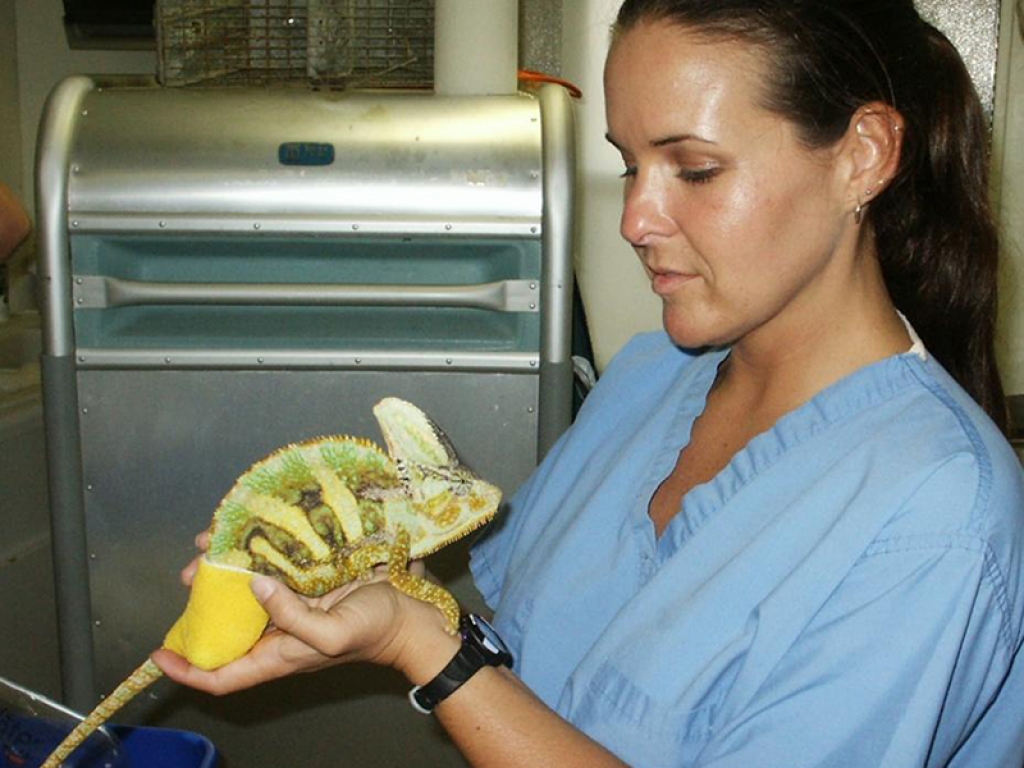 In addition to this type of investigative research, Dr. Clauss also provides routine care for the animals, such as vaccinating sea otters against distemper, making sure a whale’s blow hole is clean, and treating injuries.

“Animals do pick on one another,” Dr. Clauss said. “Sometimes one fish bites another, or penguins get into a scuffle.”

The Georgia Aquarium contains about 500 species. While Dr. Clauss enjoys the variety of working with all of them, she has a special place in her heart for Nandi, a manta ray she helped transport from South Africa.

Nandi nearly died after she was caught in a shark exclusion net, which is used to keep sharks away from beachgoing tourists. Staff at uShaka Marine World in Durban, South Africa, rescued Nandi from the net and nursed her back to health, but eventually the young fish outgrew her 580,000-gallon exhibit. Releasing Nandi into the ocean was not an option because, having become comfortable around people, she easily could have become trapped in a shark net again. So in August 2008, Nandi was transported 9,000 miles by plane from South Africa to Atlanta and now lives in the Georgia Aquarium’s 6.3-million-gallon Ocean Voyager gallery. Measuring about 10 feet wide, Nandi dwarfs the other rays in the tank.

“She is the coolest animal. She is a princess,” Dr. Clauss said. “When you would first start feeding her, she was so enthusiastic, it was like a child with an ice cream cone.”

Because Nandi is so well oriented to people, she usually swims right in front of anyone standing at the tank, putting her eye up against the glass.

Surprisingly, none of Dr. Clauss’ 11 pets is an aquatic animal. She has two horses, five dogs, two cats, an African gray parrot, and a leopard tortoise.

Dr. Clauss says the field of aquatic animal veterinary medicine is relatively young and small: There are probably no more than a couple of hundred aquatic veterinary positions worldwide, many of which have a strong research component. She herself has a master’s degree in environmental engineering science with a focus in wetlands ecology to complement her veterinary medicine degree.

In addition to aquariums, other places that might employ aquatic veterinarians include universities, national marine fisheries, and governmental regulatory agencies.

For children interested in marine life, the Georgia Aquarium has educational programs and camps. Dr. Clauss recommends that anyone interested in becoming an aquatic animal veterinarian get experience through similar programs in their own communities, and seek out internships as they get older.

She also offered the following words of advice: “Be interested in getting wet…study hard…stay out of trouble…and do something unique to make yourself stand out from everybody else.”