Elephants are not native to the United States, yet 15 of them live in Hohenwald, Tennessee. Stephen Scott, DVM knows each of them personally.

Dr. Scott runs his own animal hospital in Hohenwald, but he also provides veterinary services for The Elephant Sanctuary, a 2,700-acre refuge for elephants who have been retired from zoos and circuses.

Dr. Scott began working for The Elephant Sanctuary when it opened in 1995 and was able to transfer his knowledge of caring for large animals, like horses and cattle, to caring for the elephants – the largest land mammals in the world.

At the sanctuary, the elephants roam free on pastured and wooded land resembling their natural habitat. Dr. Scott usually rides in a four-wheeler with a sanctuary staff member to reach wherever the elephant needing treatment happens to be. He has given elephants intravenous fluids, administered pain medication, treated injuries and provided basic first aid in the field. In one memorable situation, he recommended buying a case of Preparation H for an elephant who had swelling on her rear end. It worked. 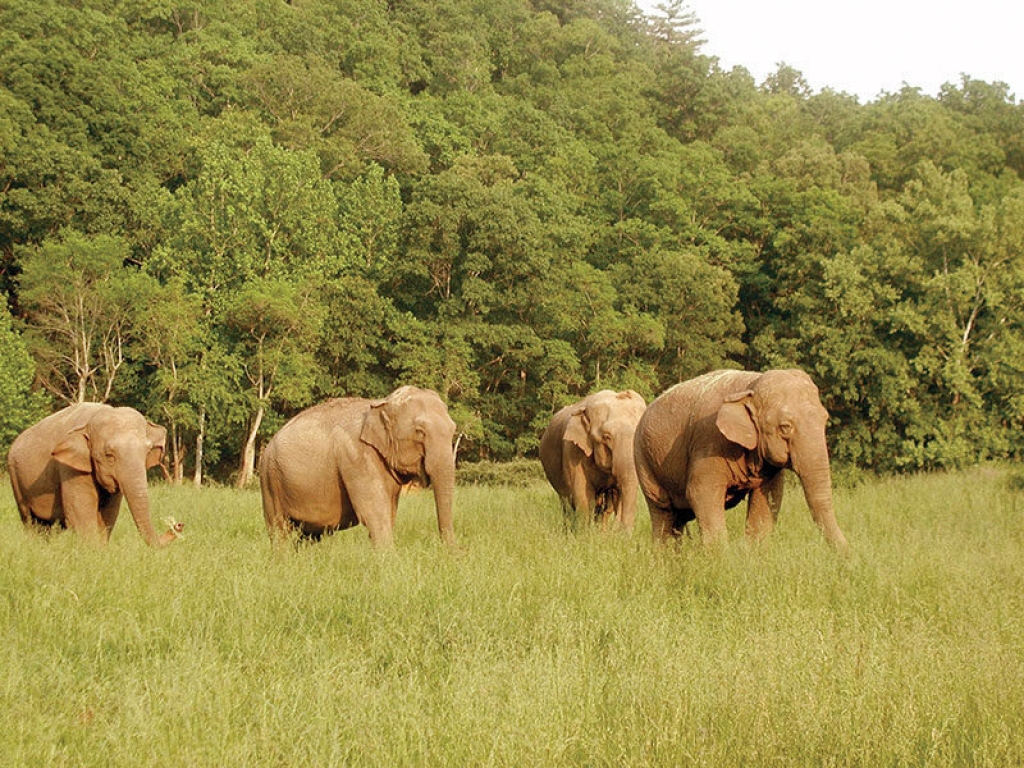 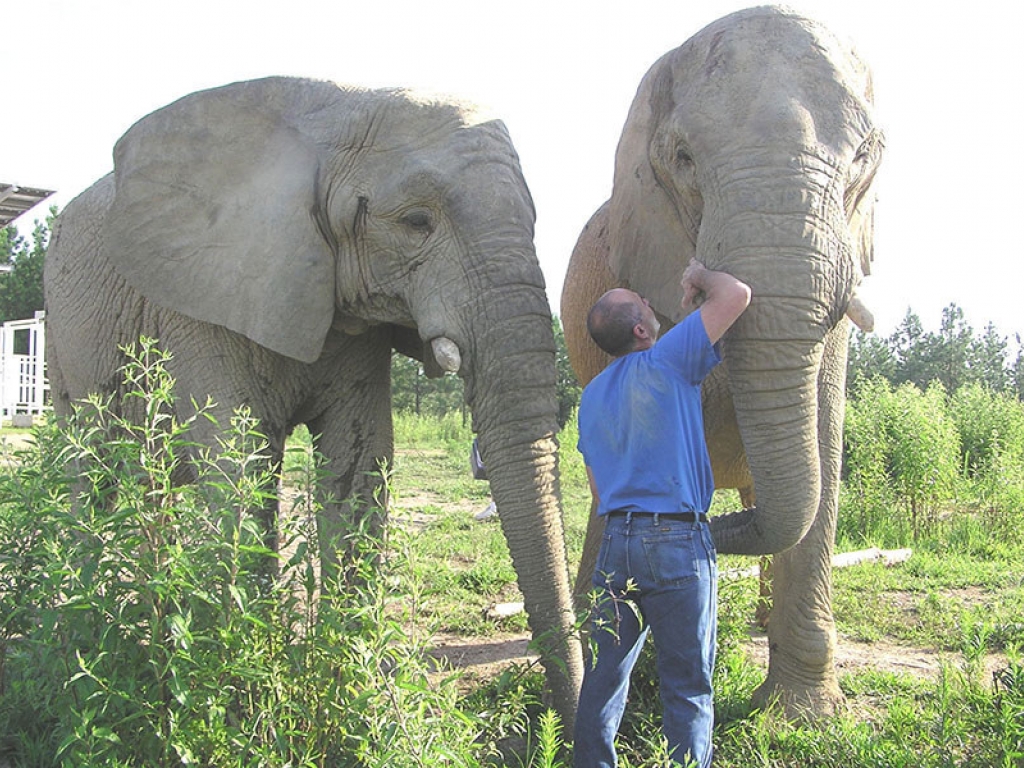 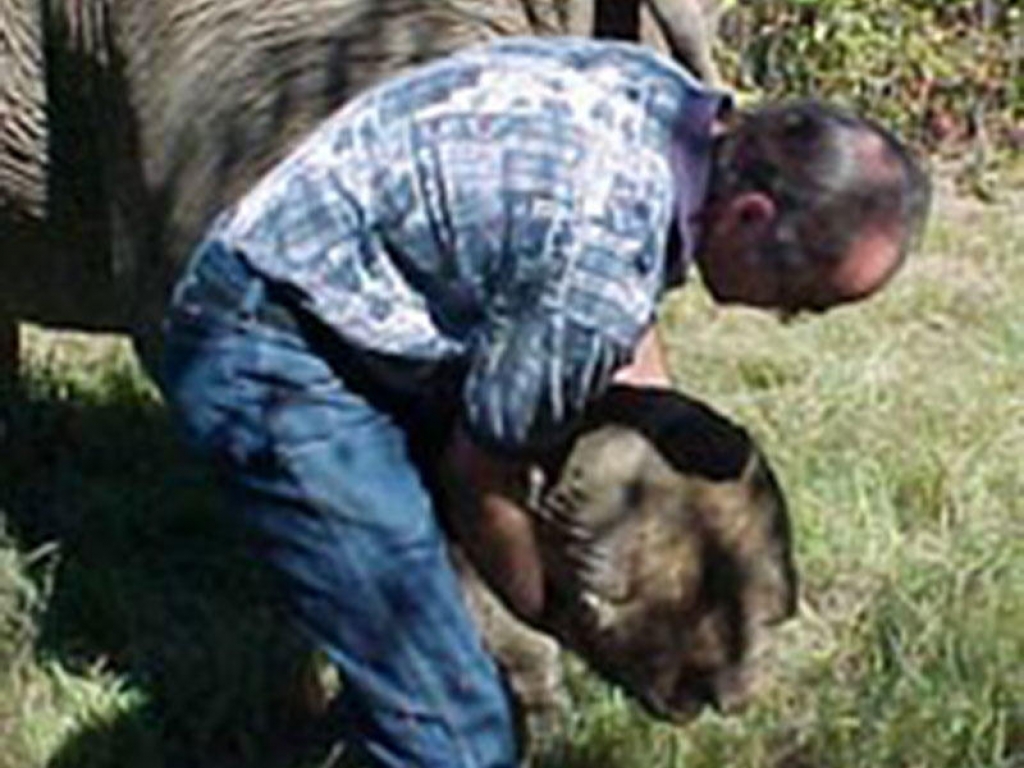 “I’m not the kind of person who likes to be inside all day. I always like a challenge, “ Dr. Scott said. “But I’m getting paid to ride a four-wheeler and go look at elephants. I feel like I should be paying them.”


Elephants in the wild live in large, social herds and can walk up to 50 miles in one day. Those who have lived in captivity often have serious foot problems from walking on concrete; it’s the most common malady Dr. Scott treats.

The temperament of the elephants varies. Some are “good about picking up their foot and letting you look at it,” Dr. Scott said, but others present more of a challenge.

“Every elephant is different. You’ve got to read them and sort of build a communication with them,” he said.

Dr. Scott’s favorite elephant, Zula, died in January 2009 at age 34. An African elephant, Zula was “tall and beautiful and she loved me and I loved her back,” Dr. Scott said. “She was special. I was rewarded every time I saw her.”

Like many of the other elephants at The Elephant Sanctuary, Zula died of natural causes – what Dr. Scott describes as “a bunch of little things that bothered her.” The elephants at the sanctuary often have long-term injuries from living in captivity, like one who had a broken leg that healed crooked. Dr. Scott says some of the elephants have scars, possibly from being hit with bullhooks – sharp instruments used to train and control elephants in circuses. In the wild, elephants live to be 60 to 70 years old, but the average life of a captive elephant is only 40 years.

The Elephant Sanctuary is not open to the public and the elephants there are not required to perform or entertain. They are simply encouraged to live like elephants.

“Elephants are extremely intelligent,” says Dr. Scott. “You can see a huge improvement in their attitude when they’ve been here for a few months and are free to do what they want.”

When Dr. Scott isn’t treating the elephants at the sanctuary, he is busy running his animal hospital and caring for his own pets. He and his wife, Connie, have seven cats and three dogs and rescue older golden retrievers, giving them a happy home for their “golden” years.

“My wife keeps bringing cats who need homes to our house,” Dr. Scott said. “We have a bunch of misfits who can’t go anywhere else.“

Dr. Scott began practicing veterinary medicine in 1981. He advises aspiring veterinarians to get a job at a vet clinic to see if they truly like it, to do well in math and science, and to get as much experience with animals as they can. He himself hires potential veterinary school students to work at his practice. “I try to show them all I can,” he said. Sometimes, if safety permits, that includes the exciting task of visiting the elephants.

“The elephants are so intelligent it’s really almost like working on people,” Dr. Scott said. “They have emotions and deep attachments … you can see in their eyes that they are thinking all the time. You feel like you are dealing with history when you look at them.”

Photos courtesy of The Elephant Sanctuary